We need each other

I struggled this week with creating a blog post.  The overturning of Roe v Wade brought on a host of emotions for most of us.     My coaching always encourages processing complicated feelings rather than running from them.  We feel this pain collectively.  Betrayal, anger, violation, and disbelief all came up.  I found myself reading deep into articles and essays in the publications I follow, and the deeper I dug, the more horrifying the consequences of the SCOTUS decision appeared.  Reading the journal articles may not have been the best thing to do for my mental health, but I went there anyway.

This morning, I started thinking about my own reproductive choices.  In college, I remember having a pregnancy scare.  It was so long ago, students had to go to student health centers, the testing was not yet available in pharmacies.  Thankfully,  the pregnancy test was negative   I recall the nurse asking what I would do and scoffed at my immediate reaction to choose abortion if the test came back positive.     Ten years later, it was a choice when I got pregnant after my medical residency.  I so much wanted to be pregnant.  I ended up with two pregnancies and three kids (twins with the second pregnancy).  I recall all the pre-natal testing that occurred since I was in my 30s.  The doctors never stated outright but implied had they found a severe genetic or non-viable defect in the child, I would have been offered an abortion at that point.  It would have been an excruciating choice.

I imagine every mother in this country has some traumatic experience associated with being pregnant and giving birth, even under the best circumstances.  It is hard to imagine the state mandating pregnancy now.  Each woman’s experience is so private that it is odd to write and share.  But, of course, nothing is personal anymore.  They have it all.  What is fascinating is the criminalization of pregnancy.  They will be tracking data to find out who is pregnant and are already using that information to track women, their internet searches, and interstate movement.     Mississippi has already set a precedent of putting a mother in jail after having a stillbirth based on her google searches (no other evidence).  In Texas, There are now 11 and 12-year-old girls who were raped by a family member and are now being forced to carry their pregnancies.  This is all so dystopian.  The poor and the marginalized women are hit the hardest.  We need to fight for them.

Where is the hope?  I still have some hope.  We have got to have hope.

I was having breakfast with my twin boys this morning.  They are now 19 years old and care deeply about social justice like me.  My daughter is also a young warrior at age 21 and living in Israel.

When they were young, I recall that raising kids was such a lonely experience.

Twenty years ago, I could have used a lot more help. I realize that I am incredibly white and privileged.    Thinking further, I am so grateful for the other adults in my kids’ lives that helped us.  Their sports coaches, school teachers, dance teachers, therapists, Hebrew school teachers, music directors, camp counselors, and grandparents all influenced who they became.  The lack of will for government to help young mothers is unbearable to consider.  Now the government is cruel and punishing.

We need each other.  Women can’t do it all alone. We need men to be reliable, to help the family, to stand up for childcare, to actually participate in the childcare.   I looked at my sons over our coffee this morning, and they already knew what I was going to say.  “Yes Mom, we will be good to our partners and future children.”  There is hope. 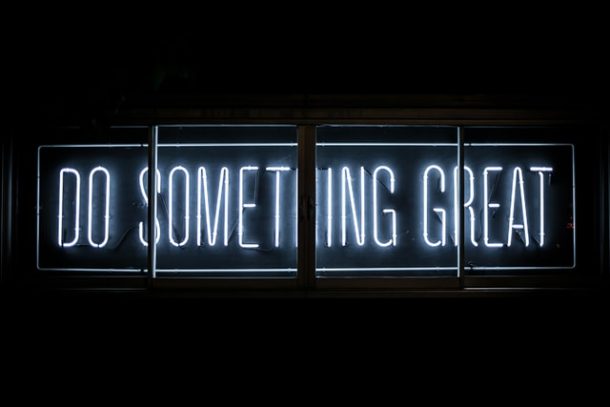 Just enter your email to get this awesome thing straight to your inbox.

This awesome thing is on the way to your inbox now! Make sure you check your spam if you don't see it.

Don't worry, we will never spam you. We take your privacy seriously. You can unsubscribe anytime you like.